Which Equipment Is Used For Clay Pigeon Shooting? 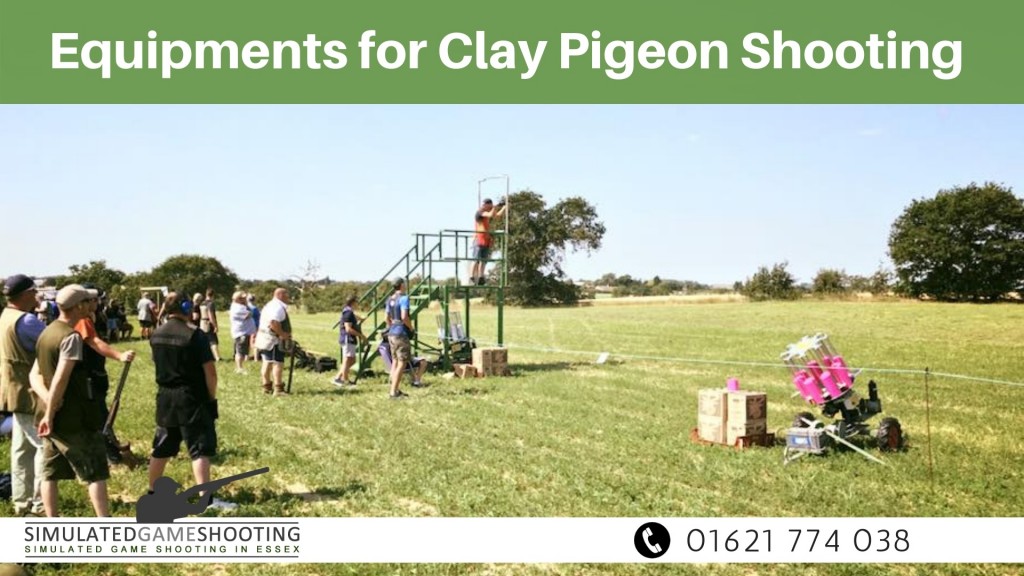 No matter whether you are a clay pigeon shooting expert or a beginner, the equipment needed for the game is same. There’s nothing like you are a beginner so you practice with some different or light equipment or that you are experienced you need to play with other equipment.

More about the wearables and other equipment

Apart from the basic clothing, the other wearable needed is the headgear for the protection of the eyes and ears which consist of a safety cap too. Though there is no such procedure in the entire game to worry about hurting your head but still, when dealing with guns, it’s better to adopt the preventive measures beforehand.

These are the basic guideline that is given to the shooters. Upon reaching the shooting ground, the instructors will provide all the equipment needed for the, simulated game shooting and when you excel in your game, you can choose your own game kits also.

One more thing is added to your clothing before the beginning of the game and that is the ‘shooting vest’ which you have to wear over your clothes and is provided to rest the gun on the pads so that it doesn’t hurt you anyway.

The other equipment include the shotgun, cartridges, the trap and of course the clay targets! Let us know in details about them in below

The most preferred shotgun used for the clay shooting purpose is the “over and under” type in which two barrels are arranged in a way that one goes above the other. The usual standard size of the double-barreled shotgun is “12 bore” which can extend up to “20 bores” too.

The instructors teach the beginners as to how to use the gun as they are quite heavy for normal lifting. It must be lifted and placed on the shoulder before pulling the trigger for the clay target. If you are a first level shooter then the loading and unloading of the bullets of the gun will be taken care by your instructor only and you can concentrate on the game better.

The shotgun cartridge consists of wadding, a plastic tube which contains powder and shot. There is a metalhead at one end and in the centre there is a primer ‘cap’. In the process of firing, when the trigger is pulled, the ‘firing pin’ hits the ‘primer’ and the cartridge is fired by the shotgun.

It must be known to all the would-be clay pigeon shooters or the ones who don’t have the idea about the type of cartridge used in this game, that the shotgun used does not fire one single bullet when the trigger is pulled. Each cartridge contains almost 300 pellets or what we call “shots” to hit the target and it is not like it’s very easy to hit with so many small bullets in one shot; the empty space around the target makes it difficult to make your attempt a winning shot.

It is not that the clay targets arrive in front of you from nowhere! They are properly thrown in front of you to hit it using the traps. Earlier, the humans worked as these traps who would throw the clay targets towards the shooter but with the developing era, the traps are operated through electricity and the clay targets are pushed forward with the press of a button. And the next clay is always ready immediately after the one is thrown out of the trap. The beginners might face it a bit difficult but the experienced ones enjoy the process.

Undoubtedly the most important equipment, without which the game cannot be played (pun intended!) As we go by the name, the “clay” targets aren’t really made of clay these days, but it used to be before. Nowadays, these targets are made of limestone and pitch which are of standard dimensions and normal weight. They are made in a strong manner so that they don’t break down when launched by the mechanical launchers and be firm for the shooters to hit.